Dad's Army was an early example of product tie-in.
Once the series became more successful, and after the 1971 film (which had an accompanying papaerback of the film), the BBC were happy to licence others to use tha Dad's Army name.
It's interesting to note that none used the Union Flag arrow, or the seriers typeface (Cooper Black) on their products.
The former has since been copyrighted by James Perry Productions.
The puzzles were produced by Whitman UK in the early to mid 70s.
350 piece puzzles measure 17x12 inches (43.2x30.5cm), 400 piece 18x13inches (47x33cm).

Denys Fisher Game  1974
The original is still widely available and has recently been reproduced by Heathside Trading Ltd.
The latter version only differs by not showing swastikas on the artwork  and playing pieces.'

On Patrol with Dad's Army' 1972
A now rare item which was obtained by collecting tokens from Ovaltine drinks.
The advertising copy ran as follow:
"Join your favourite Dad's Army characters in a hilarious hunt for enemy paratroopers!
Battle your way over a very explosive Assault course! Bring your prisoner back in triumph to the Church Hall - against all odds! Whether you win through first or not, you'll have a lot of laughs on the way when you get 'On Patrol with Dad's Army' - the great new fun game for all the family." The game consisted of a 'sturdy full colour board(size 22" x 15"), complete with dice and six colourful Dad's Army counters - all in handsome presemtation box.'
The game was available by collecting special Dad's Army money tokens (in 10p & 20p values) found inside Ovaltine products. A total token value for each game was not to exceed 60p, thus ensuring that at least 80p was paid for the game, the total cost was £1.40.
Adverts for the game included a 10p token 'to start you off' printed on a tear off slip. 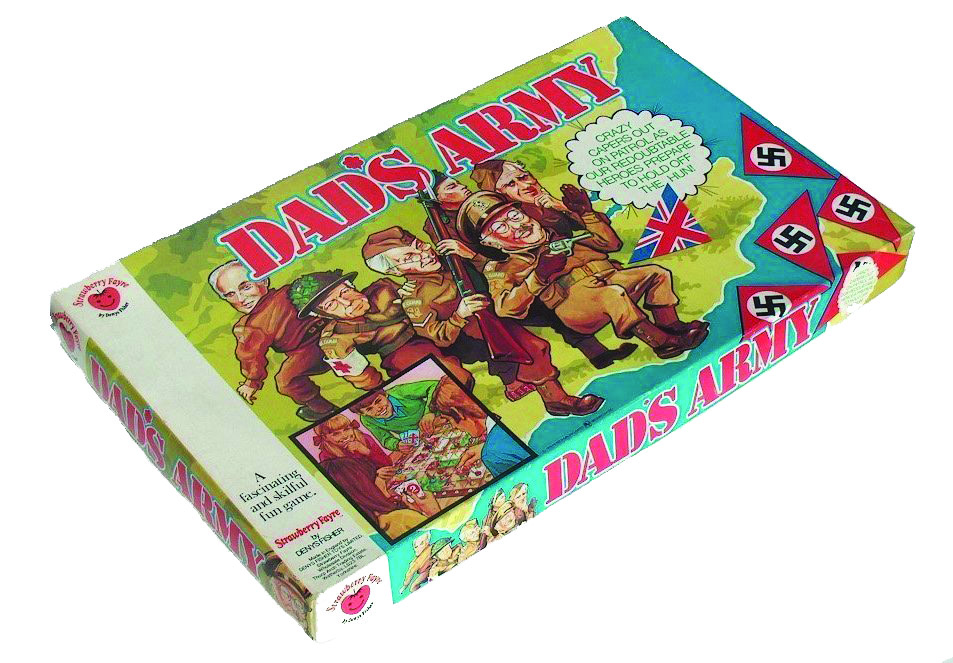 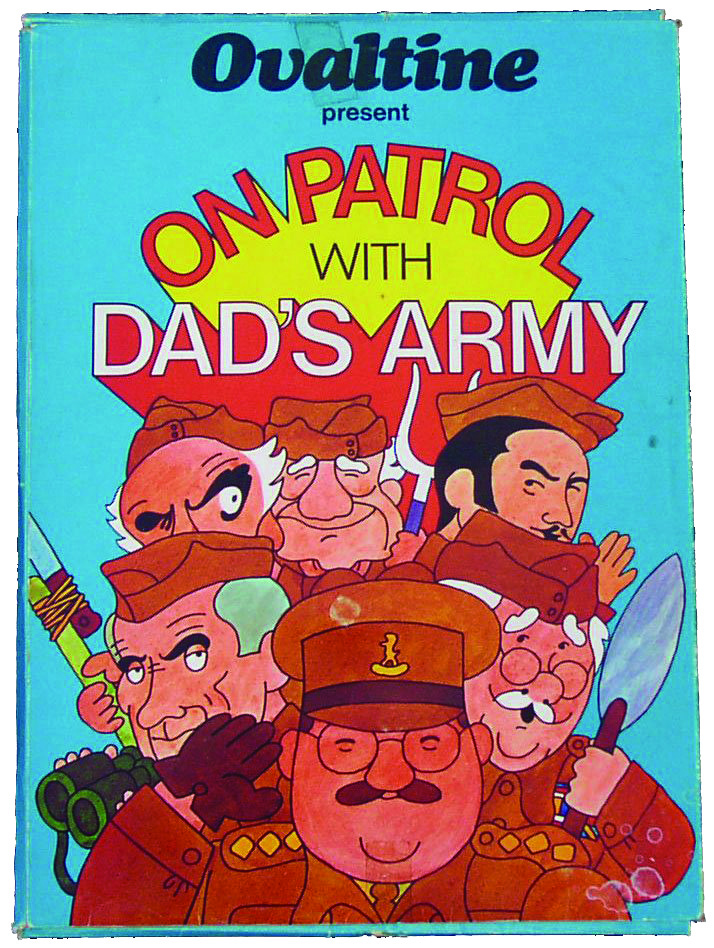 This image is a publicity shot for the 1971 film.
The location is Chalfont St Giles. Arthur Lowe is wearing his own spectacles.

Image from the 1971 film. The location is Monument Car Park, Chobham Common, Surrey.

Image from the episode 'A Soldier's Farewell'.

Image from the episode 'The Big Parade'.

Image from the episode 'The Captain's Car'.
Location is the Guild Hall, Thetford.

Image from the episode 'Battle of the Giants'.

Image from the episode 'Battle of the Giants'.